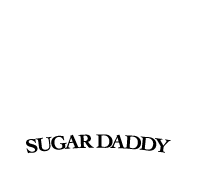 Seeking Private Arrangements is not for everyone. Because you have a lot of money in your back pocket, doesn’t mean you have what it takes to be a Sugar Daddy.

Frank was an business man. The CEO of a reputable bank in New York. Everywhere he went he saw success except in his personal life. He never had the time to dedicate to it. Like everyone, though, Frank wanted something. He stumbled across a site called privatearrangements.com and started to learn about Private Arrangements and the Sugar Bowl.

"I was very excited to have found it," Frank recalled fondly.

Privatearrangements.com hosts a number of excellent articles in their blog that goes through the several details on creating your image, keeping it clean, and being the best Sugar Daddy you can be. It’s an excellent resource for Sugar Daddies of all experience. For people that are new to seeking private arrangements, signing up with a site that has these extra bonuses is a good idea. The blog is accessible to non-members of the site so that people who are curious can read up before they take a dive.

That being said, people who are seeking private arrangements should be warned: it’s not for everyone.

"Just because you have a lot of money in your back pocket, doesn’t mean you have what it takes to be a Sugar Daddy." Frank said. "I have personally seen several friends try, and I have advised them in every way possible, but some of them just aren’t cut out for it. It’s not who they are and that’s not to say they aren’t good people. It’s just to say that they don’t have the kind of energy a Sugar Daddy needs to have."

"It’s expected and both sides know that," Frank gave his input. "Regardless of how temporary it might be though, you HAVE to make sure you are upholding your side of the bargain for your Sugar Baby. Respecting her needs and wishes are important and when you respect her, she will respect you."

Frank’s relationship with his current Sugar Baby started like any other. Just through a message. He quickly received an interesting response from the partner he is currently with.

"It was praise over how I spoke to her," he said. "All kinds of relationships require learning how to talk to your partner. I’ve always been very straight forward so I was shocked at her delight over the matter. It just seemed natural to me."

"This is a relationship of convenience for both parties. Communication is so important here." Frank said.

In a study done on Sugar Dating, most relationships fall apart because the communication isn’t straight forward. On several accounts, the biggest reason a Sugar Baby leaves or "ghosts" on their Sugar Daddy is because they didn’t talk to her; they didn’t ask her what she wanted or what she needed.

"I love talking to my Sugar Baby. It’s more than just physical for me," Frank said.

No matter whether you have found your Sugar Baby on privatearrangements.com or somewhere else, a Sugar Daddy needs to be a gentleman. Good Sugar Daddies are not just well versed in the bedroom, but in their overall etiquette as well. Studies show that Sugar Babies want a man who will dazzle them, charm them, and excite them. Another site, sugardaddymecca.com claims that the most important thing a Sugar Daddy needs to be is a generous spirits who genuinely loves to give sugar.

"My current private arrangement is with a woman from Sicily." Frank spoke. "She is sophisticated, loves to dance, has a passion for music and art."

Many Sugar Daddies don’t just offer money. They offer much more, such as shopping trips, vacations, and bill payments. Depending on the Sugar Baby’s age, sometimes a Sugar Daddy will help them out with their student loans. In this case, Frank is also helping his Sugar Baby start her business.

"A Sugar Baby wants more than just money, I’ve found." Frank noted. "She wants to live the high life with you. She wants to be where you are in the world, as successful and established as you are. So treat her like she is. Let her learn from you how to hold the manners of someone from a higher society."

The reason why a Sugar Baby becomes a Sugar Baby is for more than just some pocket cash. He often counts on a Sugar Daddy’s experience and his success to help her get a little closer to everything she wants in life. Statistics have shown that Sugar Babies that only receive money and nothing more from their Sugar Daddy often leave within the first few months.

"It is not always just money," Frank confirmed. "Although the money helps. A wise Sugar Baby has ambition that stretched beyond the desire for finer things in life."

The example here being Frank’s Sugar Baby who wants to pursue her own business and is looking to him for not just money, but also his skills and experience in business. Data collected from our research suggests that the vast majority of Sugar Babies are interested in a Sugar Daddy for professional perks as well as money. Approximately 77% of Sugar Babies in America are using their Sugar Daddy as a way to get through college and out of their debt. Out of that 77%, more than half of them desire to continue seeing their Sugar Daddy with hopes of getting more contacts and experience in the business field with them.

"It is exciting and refreshing to be desired for experience as much as money." Frank noted. "So when she started to ask these things, I was glad to have the discussions with her. She wants to learn from me. It means something."

Even the most experienced Sugar Baby might be very nervous when she is first meeting her Sugar Daddy. Private Arrangements are a different type of relationship than the regular kind of committed relationship that everyone knows. Seeking private arrangements happen for all different types of reasons. It is important that the Sugar Daddy and Sugar Baby be respectful of one another at all times. Unlike a committed relationship, there is nothing holding her to the Sugar Daddy. She can up and leave at any given time if she doesn’t feel comfortable or respected because this is a relationship about pleasure and convenience. The number of Sugar Daddies being ‘ghosted’ (left without any notice) in the past year is about 24% in America.

"There are so many other Sugar Daddies out there who can and will take her up and out of your arms if you are not careful, trust me." Frank said.

Another common thing that Frank believes is important for Sugar Daddies to learn is that the Sugar Baby is young. On average, Sugar Babies tend to be very mature for their age and sophisticated. However it should be expected that she might have a bit of a reckless side to her.

"You can’t take it out on her for having a night out and potentially spending a little more than she had planned to. Sometimes these things happen and you have to be both understanding, but firm in whether you are willing or not to lend her a little extra for something she may truly need that month."

It is important to note that when the Sugar Baby overspends, it might not have been reckless. A lot of Sugar Babies are just as ambitious as they are looking for someone who will not only just treat them right, but show them the path toward wealthiness and success. In this manner, the Sugar Baby might have just overspent out of youthful mistake not having the knowhow to properly budget in the same way that the Sugar Daddy might.

Find The Sugar Babies To Fulfill Your Desires!

"Take the time to teach her how to manage her finances if she seems to be constantly in trouble," Frank said. "And forgive her for these errors. She is young, and forgiveness is important."

A recent poll identified that the top positions of a Sugar Daddy are IT and then below that are CEO’s and Bankers. The chances of the Sugar Baby knowing this and choosing her Sugar Daddy appropriately for this reason can be very high.

"Before the Sugar Baby I have now, I was with one who was very interested in business." Frank explained. "She wanted to be a CEO one day, she loved to organize people and enjoyed the complex problems that came with that level of authority. I could see it in her. She was very meticulous and even seemed to naturally dress the part."

Frank explained that his allowance for her primarily went to her student loan and that he was more than happy to teach her some tactics on how to handle business men and partnerships which was something she really wanted from our arrangement.

When seeking private arrangements, it is important to remember what it is you are looking to get out of someone and what it is that you’re willing to give. When a Sugar Daddy is only willing to give money, it is very often not enough to keep a Super Baby around for all that long.

"I have never had an experience where a Sugar Baby only wanted money and fancy clothing." Frank admitted. "They have always wanted something more. To meet new people, to meet experienced people, to gain something else other than just cash."

It's So Easy To Meet Sugar Babies Online! Sign Up & Get Lucky!

Find Me A Sugar Baby!

To register for Privatearrangements.com, you must be 18 years of age or older.